Home » From the Field » Flea Polluters 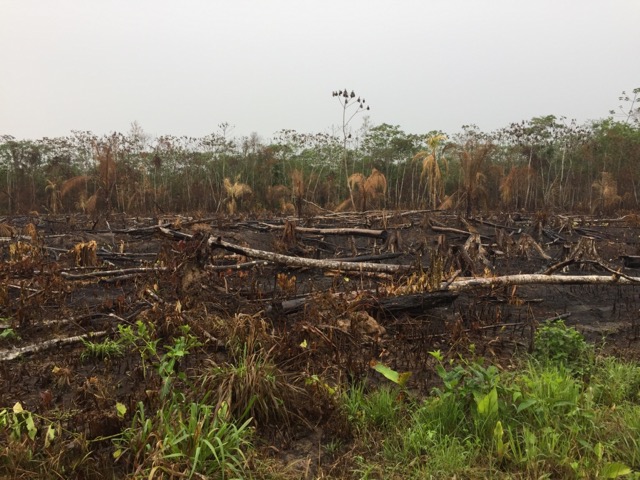 Bolivia’s Environmental situation has been deteriorating in the last decade on an alarming and uncontrollable scale.

As we are not a big industrial country yet and don’t have a big population; you may find it rather concerning to face facts that Bolivia leads the Deforestation Per- Capita index in the world, being a big country with roughly 12 million inhabitants.

Two-thirds of Bolivia consist in forests, and these are disappearing in rapid pace due to different facts that have appeared in recent times and that create and Environmental Phenomenon unlike any other country, which I like to call “Flea Polluting”.

As I said, we are not a big industrial country so we don’t face many big Macro Environmental disasters like the case of La Oroya Mines in Peru or Chernobyl in Russia (being extreme with examples). These pollution contributions are massive, but in some way are very easy to define, locate, isolate and control in most cases. They are indisputably horrible for the Environment but they are present in almost every developed country.

Bolivia’s case whatsoever, is completely different. We are massive polluters that work in a small scale that adds up to one big ecological disaster. Seems like we lost track somewhere in between coca plantations expanding and generating 40.000 Amazon fires in average yearly, or communities being created by leaders who are interested in using autonomy laws in their favor to exploit the forest, sell them, and then move on to creating another new community. It seems as the Environmental Issues in Bolivia are like one big fleet of fleas that are bouncing from one place to another leaving destruction in their path and with nobody able to keep track of.

You can add up all of the other examples of flea polluting in Bolivia like people throwing trash, small mines that don’t have the resources for safety environmental regulations, all cities contaminating their main rivers with their sewages, cars with no catalyzers in all of the country and illegal lot and terrain selling as well. All of these based and motivated on a short term subsistence economic model; however none of these would fit in the usual “make a difference” or “be the change” typical Environmental Campaigns, It seems like when it comes to Bolivia, everybody is able to put a grain of sand into this big environmental disrespect. The more we wait, the more it is going to cost us to finally control it and get it out of our growing system as “Flea Polluters”, the economic model has to change and it has to come all the way from educating the newer generations to not look at natural resources as short a term economic opportunity.