Home » From the Field » Old Trails 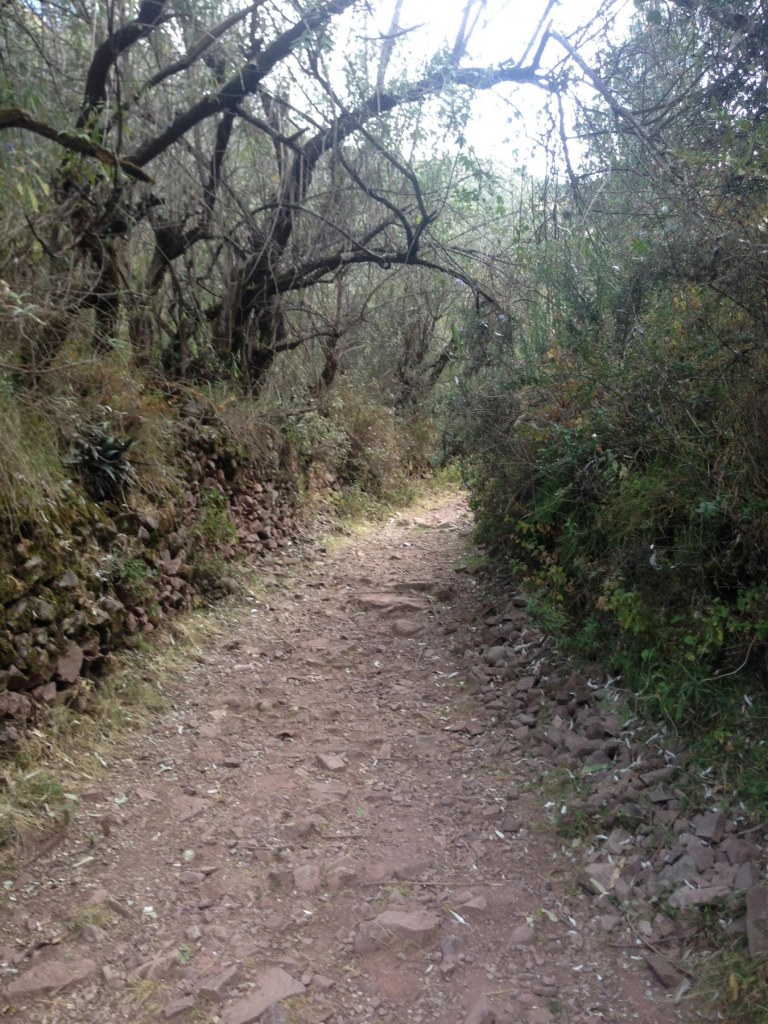 Broadway, the most famous street in New York City, was once a trail used by the Lenni-Lenape to move through the island of Manhattan. I like to imagine what it must have looked, felt, and smelt like to move north along that old footpath, strolling the rolling hills (now mostly flattened) and naming the native plants (now outnumbered by foreign species).

A beautiful thing about Peru is that one can actually walk those old trails.

I was visiting our project in Usi last week and had the opportunity to walk a trail down the mountain along the Usi River to meet up with Octavio, our Project Coordinator in Cusco, in Antisuyo where he was visiting our project there. What I didn’t realize before I started was that the trail is a protected site; one of many “Pre-Hispanic” trails preserved by the Peruvian Ministry of Culture. However, the trail itself is not the only old one there.

As I walked along the river, on the same route that has been marked by the footsteps of unknown generations, I could see the river rocks were all smoothed and shaped by countless ages of running water. Close to the water’s edge I saw the bright yellow flowers of the Zapatillita – a traditional medicine for the kidneys. Qeto Qeto, who also likes the water, was growing nearby and ready to help ease the cough this season brings. I passed through a section that veered from the river, where stone steps had been carved out of the mountain and the native Queuña trees provided shade. I could smell the Muña herb growing in the underbrush, offering its leaves for a delicious and stomach-soothing tea.  I passed many parents on their way back up to the community, some of them with fistfuls of the plants I had seen and others that I don’t know yet. There’s still so much to learn.

We are all walking old trails all the time, and even though many look different now, there is still plenty to learn from them.