Home » From the Field » The Road to Chumpe and Lacco!

Chumpe and Lacco are far away. So far, in fact, that to drive there from Cusco is to drive over the spine of the Andes and begin down the other side – halfway to the Amazon!

The good news is that they are within an hour of each other. So when we go to visit these two communities, we stay for a couple days to get everything done. On this last visit, due to a cancelled meeting with the District Mayor in the morning, Octavio and I had some time to explore. 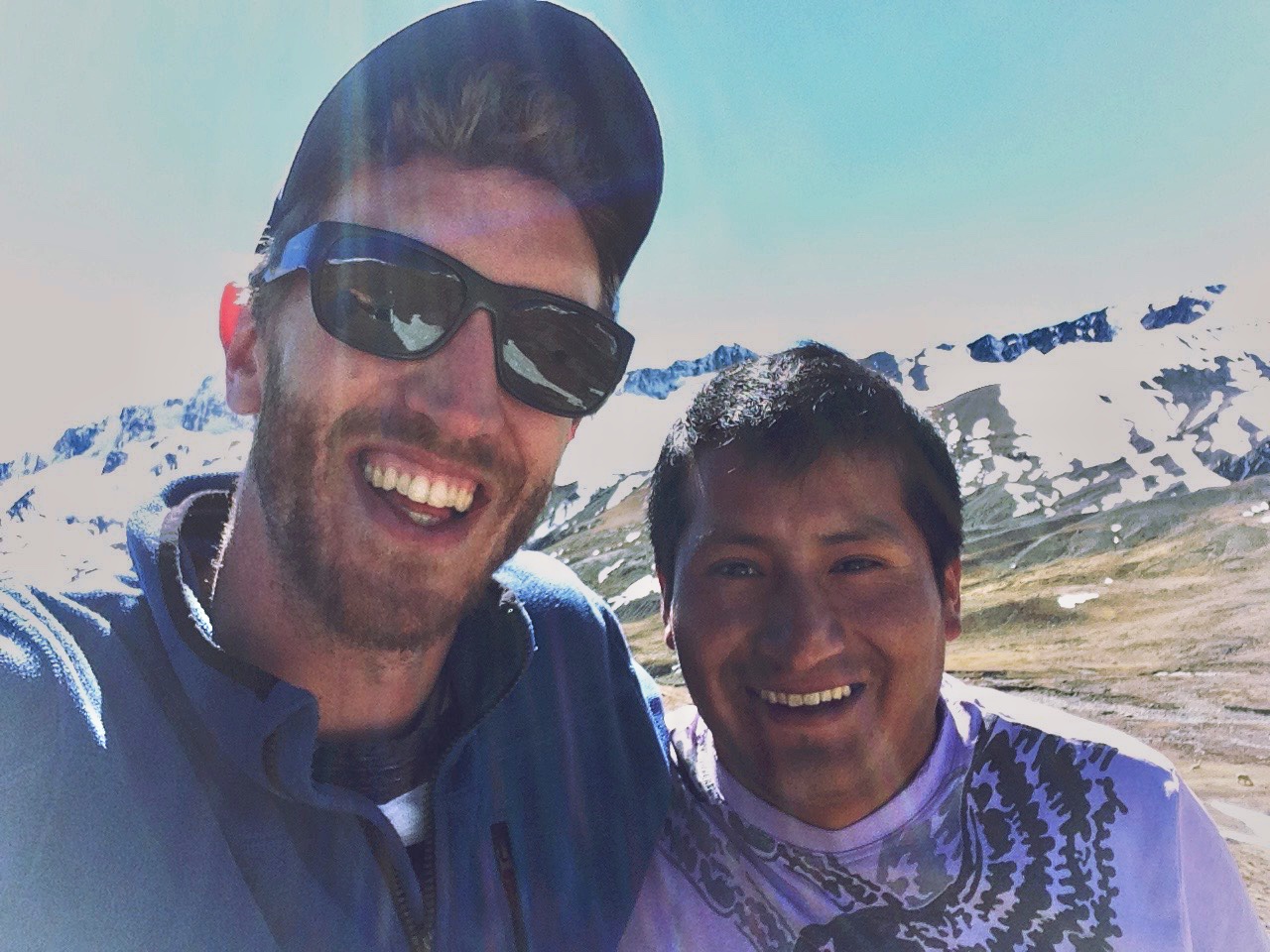 I am often asked how we ever found communities so far away and isolated from seemingly everything (the answer usually is that they found us- but that is a different story). However, when you spend enough time in the communities you start to find the different mountain trails that connect them; creating a winding, up and down a web of footpaths and unsteady roads throughout the mountains. We heard that one such “road” actually connects Lacco with Tucsa, another far away and isolated community where we’ve been working for the past 5 years. Everyone told us that it’s not practical, as it would take possibly 8 hours to drive it and there are often large chunks missing – lost down the loose cliffs or buried under the snow. But exploring the high Andes is never practical, so Octavio and I headed out… 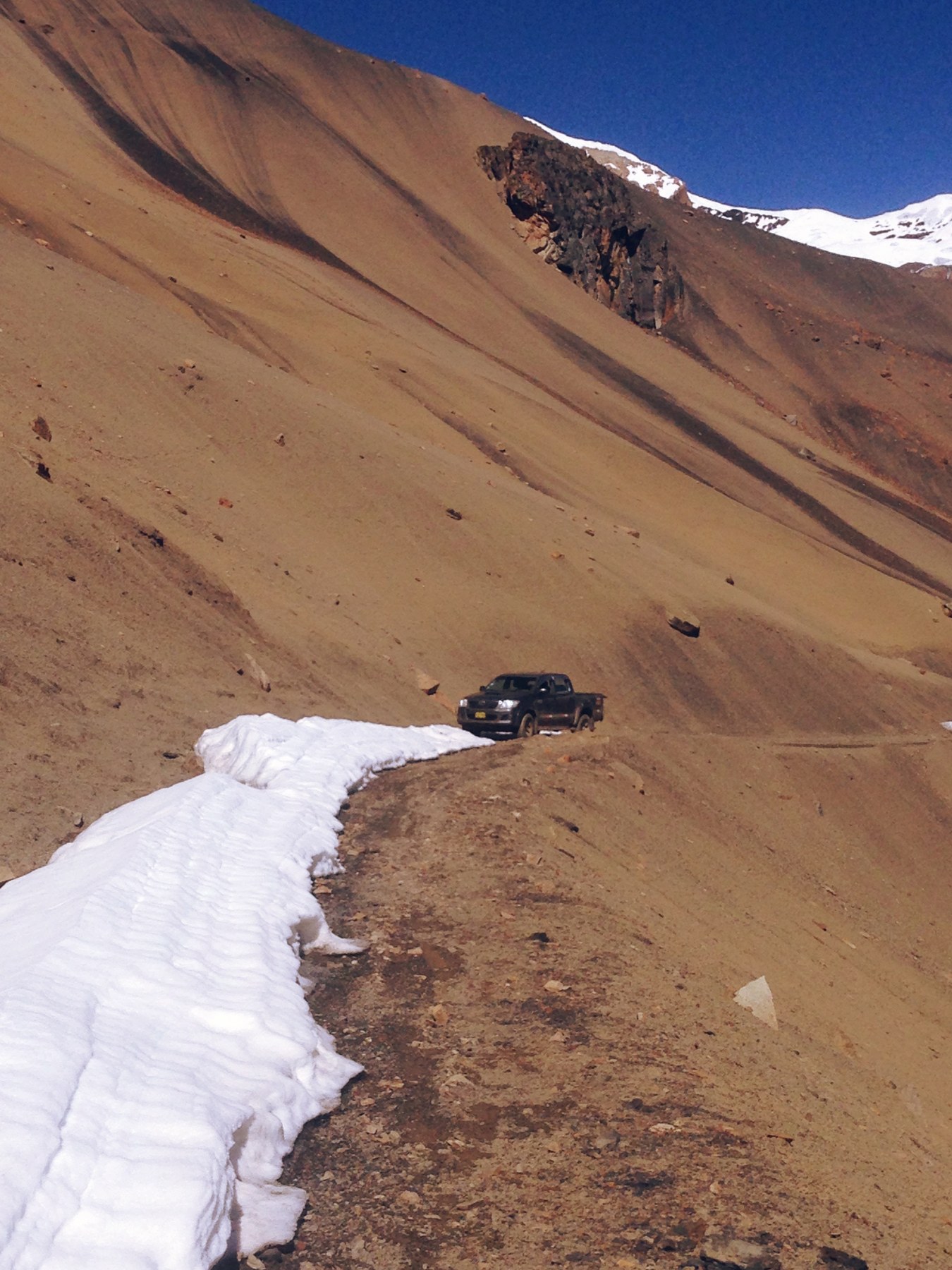 …And they were right. We were almost at the peak of the glacier, well over 5,000 meters above sea level where the air is too thin for any plant life and your only company is volcanic rock and ice when we came across large chunks of ice blocking the narrow road. On our right was loose rock shooting straight up and on our left was a 200-meter cliff falling straight down, so turning around was not an option. Our only choice was to go in reverse back down the winding trail. Octavio wanted to drive it and I believe that makes him a hero. I walked along with the car to keep the wheels from going over the edge and to move the large rocks that had fallen since we’d passed out of the way. We made it to a point where we could turn around and headed back down towards Lacco, which itself sit at 4,200 meters above sea level, passing wild Vicuña and Viscacha along the way.

One thing is for certain, working for Alma is always an adventure! 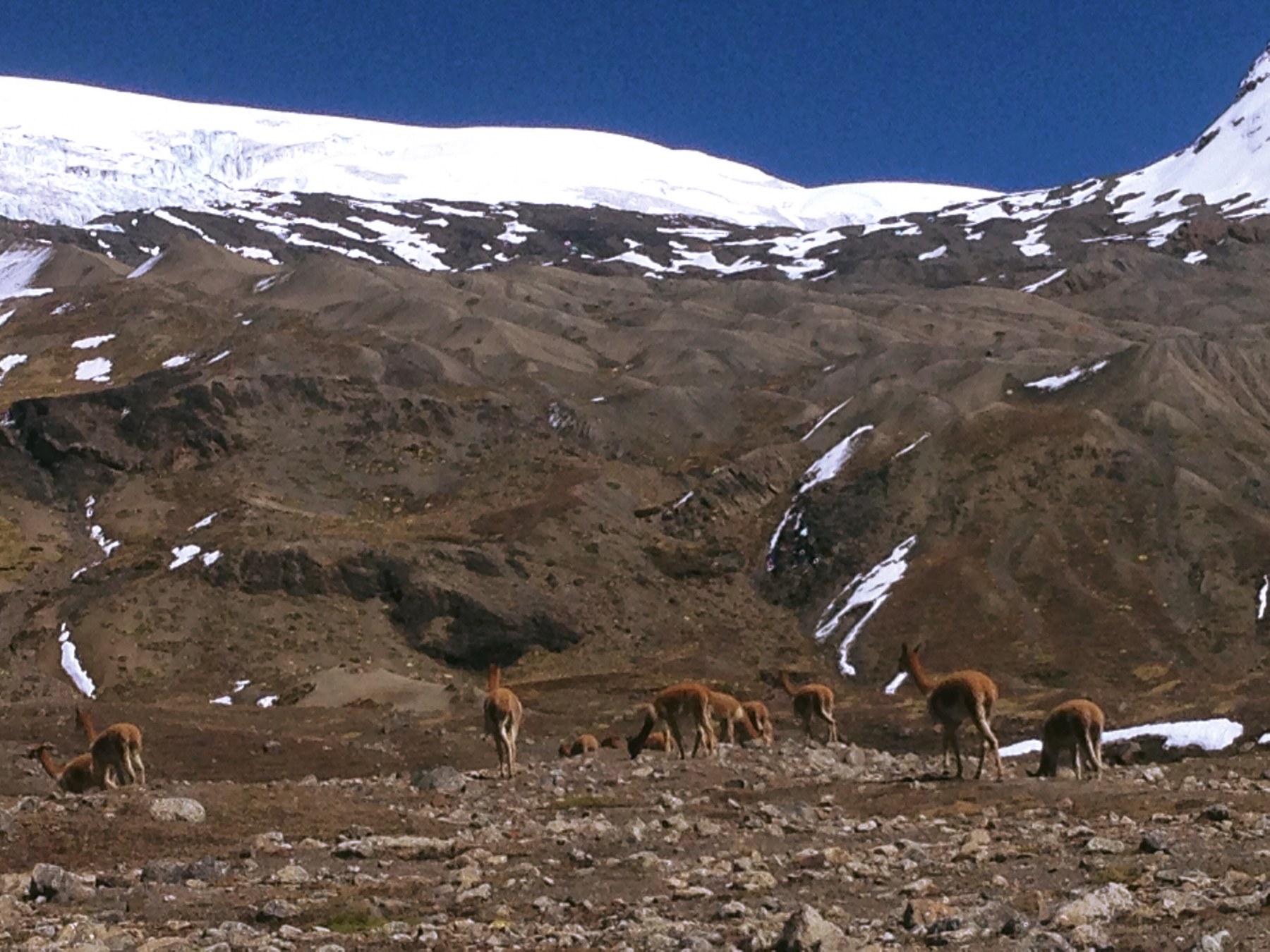