Home » From the Field » Assembly in Huadhua 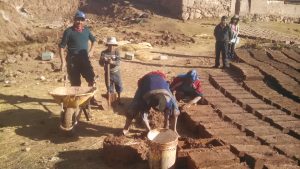 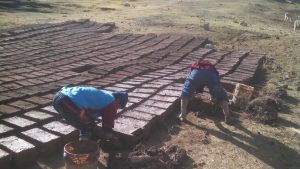 The 2015 Biblioteca Project is, academically, the most complicated project we’ve implemented to date. We are not only reinforcing regular curriculum subjects outside of the classroom, but more importantly we are creating a space where students’ creative and critical thinking skills can flourish. Getting to the point where students are sufficiently comfortable, and teachers are prepared technically, are measured indicators of this project. Parental understanding and reaction, however, while equally important, is a metric outside of the project itself. Therefore, I was in for a pleasant surprise in our Parents’ Association assembly in Huadhua this week.

The main barrier to understanding that we face with parents is that the conventional idea of education is children sitting in rows, recording information given by the teacher. Our project, however, is nothing conventional. In Huadhua, students are divided into three multi-age groups to play games where the focus is finding links between the game and a determined course subject. They must then present their results using video and photo evidence of their findings. The complaint we had heard from parents is that the children are “just playing” and have no notebooks to show for it. I had planned to address that concern in the assembly, but the parents beat me to it.

The primary school Principal in Huadhua had expressed his plan to hold all of fourth grade for an extra hour after classes every Monday and Tuesday in order to reinforce his communications course in preparation for an upcoming state exam. Our project in Huadhua takes place every Tuesday, Wednesday, and Thursday after school, meaning the extra classroom hours would disrupt our project. The community president, Emiliano, asked me my opinion on this during the assembly. I was caught off-guard because we had already discussed the matter in private a week earlier and I explained that we would not interfere with the teacher’s plans if the parents felt it necessary.  I did not realize, however, that this was a loaded question and the parents had other ideas.

After answering that in my opinion it should be up to the Parents’ Association, various parents and community authorities began to speak to the necessity of the Biblioteca Project and their commitment to fulfilling the schedule we had discussed and decided upon earlier in the year. It was a strong vote of confidence from the community, and another example of how important communication is between Alma and community members. It was decided that the teacher could do his reinforcement on Mondays only, so as not to disrupt the Alma project.

The parents in Huadhua do understand that we are in fact doing more than “just playing”. Through play the children are challenged to create links between subject matter and their everyday lives: this requires that they analyze the subjects in a creative and critical manner. I look forward to the next Achievement Day in the school, when students can present their progress to both their parents and their teachers. 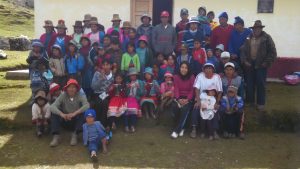