Home » From the Field » Ben 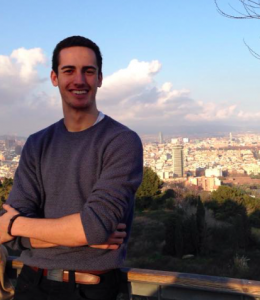 Benjamin is a recent grad from the Ivey Business School at Western University. After spending his final semester of study in Barcelona, Benjamin realized his passion for travel, especially in expanding his perspective by meeting and learning from new people. In his spare time Benjamin enjoys cooking, scuba-diving, playing basketball, and reading. His recent reads include: My Name is Red, A Long Walk to Freedom, and Fooled by Randomness.

Benjamin was drawn to Alma after learning about the foundation’s unique result-oriented focus on education. He firmly believes that education is the key to social empowerment and equity, and he hopes to translate this belief into action in his work for Alma. Benjamin is excited to work side by side with Alma’s local team in Cusco and with Alma’s partner communities. Benjamin expects to be humbled, have his worldview challenged, and build relationships and memories that will shape his personal growth for years to come. After his trip to Peru, Benjamin will be working as a management consultant in Toronto, where he hopes to gain skills that will allow him to start his own social venture.