Home » From the Field » Philip 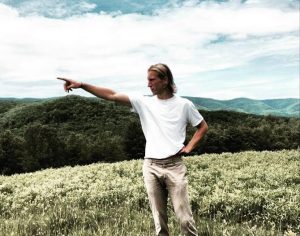 Philip von Hahn is a recent graduate of Williams College in the US, where he rowed crew and majored in medieval history, winning an award for his thesis on ninth century royal biographies. It turns out they are rather complicated. A Toronto native, he attended high school at Upper Canada College, spending summers canoe-tripping and working with students in Nunavut. Philip spent the third year of his undergraduate studies at the University of Oxford in the United Kingdom, where he rowed for the university squad and discovered just how difficult analytical philosophy is. He is very excited to spend time in communities throughout Peru, especially in order to understand how, why, and where Alma’s projects are doing their best work. Working on Spanish and Quechua, trekking into remote areas, and meeting and talking to kids wherever he travels are all on the top of Philip’s list for his time with Alma in Peru.