One of partners, Alalay, was recently bestowed by the Bolivian parliament with the country’s highest civilian honour: “Galardon Illimani de Oro”. The founder, Claudia, upon completing her law degree was moved to action by the plight of street kids in her city of La Paz. She walked away from law and began working with these kids and eventually founded a hostel for them and has over the years built several more. When looking at her accomplishments I think of several kidsI met at Alalaly who have since gone on to study at University and one who became a professional musician. And still to this day she rescues children, often the victims of human trafficking and redirects them to safety and humanity.

Congratulations Claudia and the team at Alalay! 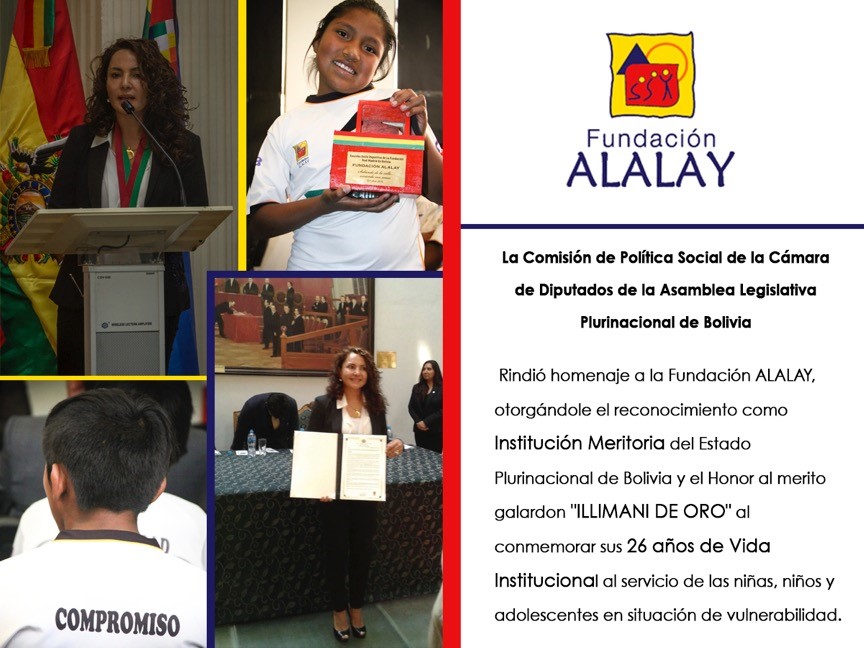