Home » From the Field » Meet Vidal from Las Palmeras 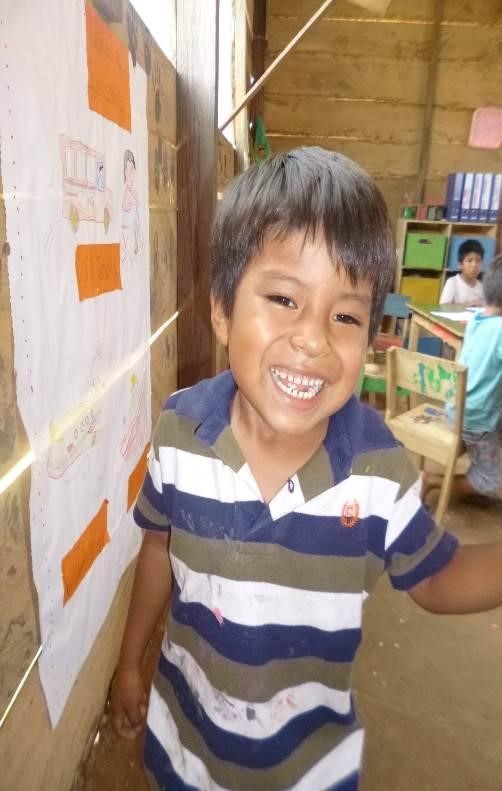 Vidal was born on September 5th, 2011 to Albina and Roberto. Both of Vidal’s parents are under the age of 30 years old. Vidal has one younger brother Yhon Oliver. Yhon and Vidal are always together taking care of each other. Vidal is a joyful and charismatic child. At home, he takes pride in being the oldest child and is very responsible. Even though he has always lived in a rural area, his family is new to the community of Las Palmeras. Vidal was reluctant when his family decided to move because he had to leave his extended family behind.

Although the family lives in Las Palmeras, both parents work away from the community. Vidal’s father works in a city far away so that he can financially support the family. Vidal’s mother works in the area of Chaco which is closer to the community. Vidal gets upset because he father is not with him. His mother reminds him that his father will always return to be with him. His mother’s reminder always makes him happy.

When Vidal first started going to the pre-school in Las Palmeras, he cried a lot at school. He didn’t write and he would sit alone so that nobody would bother him. Noticing this behaviour, the teacher encouraged him and rewarded him with smiley faces in hopes to improve his positivity and work ethic. This resulted in a positive change in Vidal’s behaviour. Vidal now responds positively and is happy to work. He is able to write and recognize sounds, can complete basic math exercises, and can even sing alone in front of his classmates. We are thrilled with Vidal’s progress and look forward to watching him learn and grow in 2017.