Home » From the Field » Food Security In The Jungle 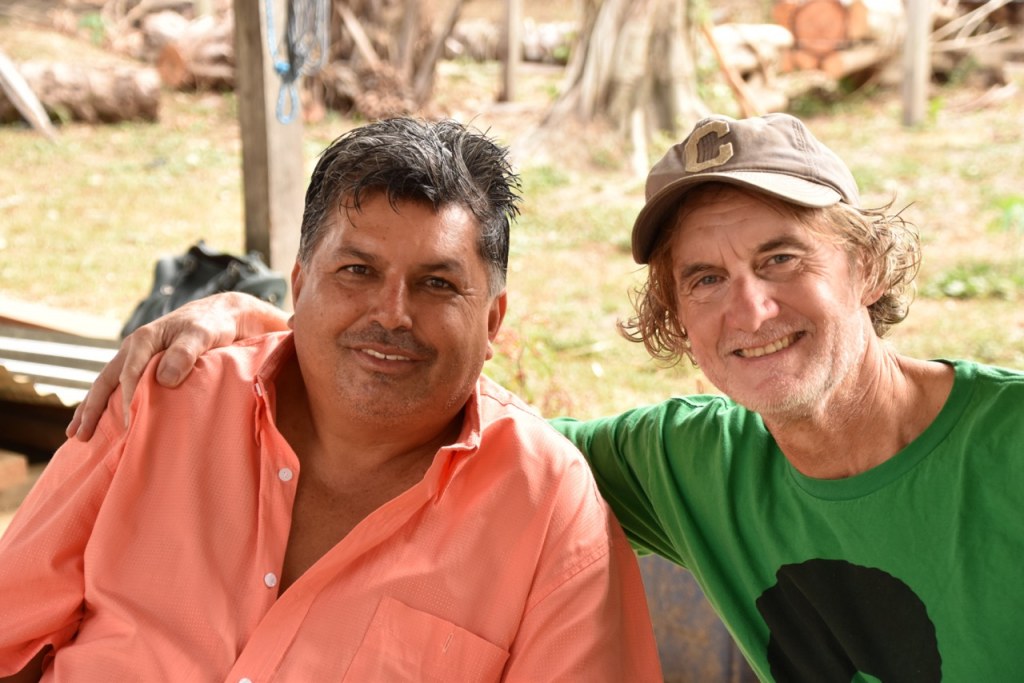 One of the differences between economically impoverished communities in urban areas of Peru and Bolivia vs in rural areas is that in rural areas, particularly in the jungle area of Bolivia, people are well-fed. The jungle still provides decent sources of meat (wild animals), fish, fruit, and vegetables (mostly cultivated). They also grow rice to round out their diet. All without the help/harm of chemicals. The children (and adults) look healthy and we know from our teachers (who live in the communities) that people eat relatively well.

This year on my trip down the children in most communities were working on an Alma project based on local food. Over the course of a month, they play games and do research (every daily lesson plan is geared towards getting the students to think critically) that forces them to make decisions about nutrition and environmental impact and ultimately diet. Parents are interviewed, offline computer resources are accessed and eventually, four dishes are chosen. The students cook those dishes towards the end of the project. Sadly they were not at the cooking stage when I was there but the communities always make a big deal about feeding us – it is their way of thanking us – so I got to try a number of wonderful dishes. A new one for me is called Macota. It is platano ground into a paste, and then fried with whatever is handy, and served at breakfast. Sometimes it is served with Churqui (a dried beef from which the word “jerky” comes from) but usually with local cheese. My favourite meal was in El Usi which is on a river. While we were in the classroom I could smell them frying fish. It was Surubi a huge Amazonian fish. They cut it into filets and deep-fry it. They plunked a huge plastic washbasin with about 50 pretty big pieces in it onto our table. It was enough fish to feed the community and it comprised just two fish.

On this trip, we had along with us an Alma supporter who is a strict vegetarian so the conversation of food and in particular the environmental impact of what we eat was a constant topic of conversation. Here in the communities, for a number of obvious reasons, they do not have a restricted diet. Also, many are employed by ranchers so they clearly have a bias. When we engaged the district Mayor, a friend of mine and milk cattle farmer in the conversation about beef and it’s environmental footprint he thought we were from another planet. His name is Wilson and I have known him for years. He has been a big supporter of ours and always comes out to the communities with us. What he loves to do is fish so most nights he will go to the nearest river with his “constituents” and fish.

He ended the discussion of beef by insisting that we come to his ranch, milk a cow and taste cheese produced in one hour, the day of eating. That, he said, would convince us! We did and he put on a huge spread that included milk, cheese, a wonderful cheese Macota, a rice dish made with ashes to give it a burnt taste and then put in milk (kind of like a smokey rice pudding), cane syrup to dunk the cheese in, papayas and mangos from his trees, beef liver and salad (I’m sure that was a “bone” he was throwing us). The conversation revolved around beef. And soya. And socio-economic realities. And this particular place in the world is currently on the radar of people everywhere because the raging fires not too far away. It was and light-hearted. The mayor is not running for re-election so we invited him to come to Cusco in April. He has never left Bolivia but I think he will come. Friendships were made and re-enforced over a meal. 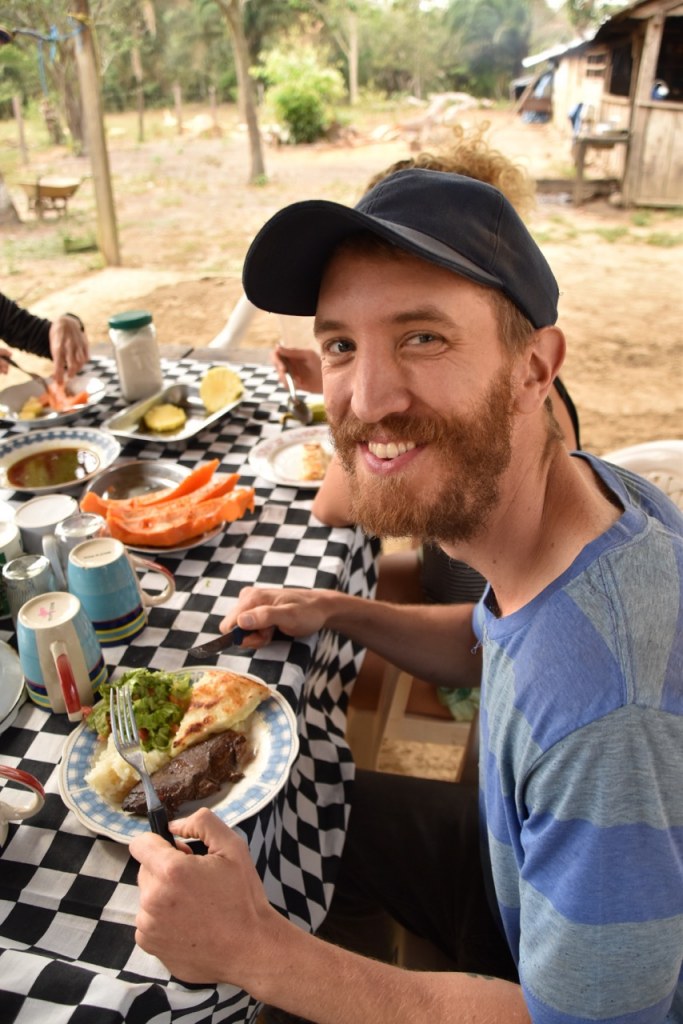