Home » From the Field » Meet Yilda 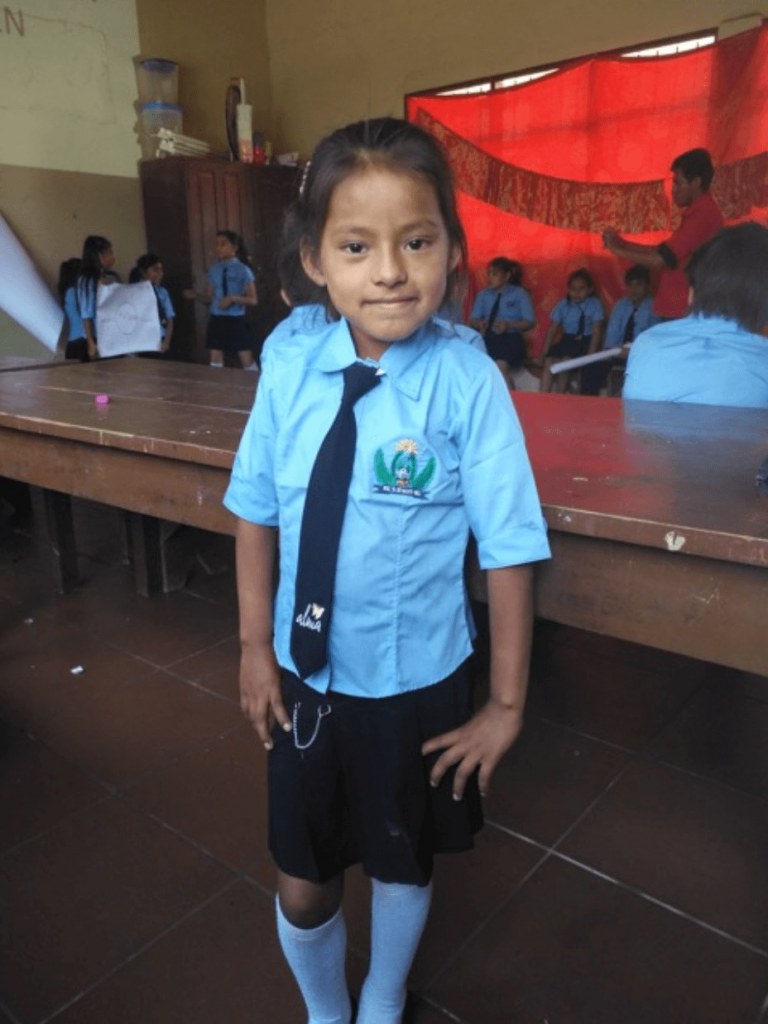 When we drove to Villa Alba, Coqui told me about a little eight-year-old girl named Yilda who had won a state-wide storytelling competition open to all students UP 16 YEARS OLD!

After the classroom visit and after the parent meeting we were eating lunch when this super sweet soft-spoken girl came up to me and asked me about Saskia (my daughter who was with me when I came down last year). It was unusual because children here are super-shy and while they are very friendly and animated when I engage them, they rarely approach me. This kid didn’t stop so when I asked her what her name was I wasn’t surprised to learn it was Yilda.

I learned a bit about her (she lives with her step-father, has two siblings, likes chicken and rice) but what I was really interested in was her award-winning story.

So this I can’t capture in text (we have it on audio and will post it on our website) because it wasn’t so much the story (it is a crazy story though: young girl disappears from a community, talk that the devil took her, father goes on an epic journey in search of his lost daughter, finds her clothes on a faraway island….) but the WAY she told it. It was like she was living the story. Unlike a professional adult storyteller, Yilda imbued her narrative with an emotion that was so authentic because she is an eight-year-old girl (like the missing daughter) and she expressed the Dad’s angst from a child’s perspective. It was really moving.

We’ll be hearing more from Yilda (I really, really hope)!