“A community without a school never moves forward. It’s the school that creates a true community around children and the young.” – Mother, Las Palmeras 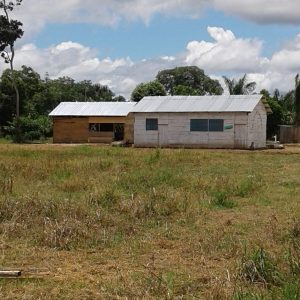 In 2016 we implemented a brand new project with the community of Las Palmeras. The goal: to create a school from scratch.

Las Palmeras is a new community founded only in 2015 (officially, it still is not recognized on the Bolivian census) by migrating families from both jungle and mountain communities. When they heard from their local municipality that Alma was opening projects in the region, they quickly invited- then insisted- that we visit them to hear their idea. They wanted a school. At the time, children either did not study at all or had to travel four hours to the nearest schools. The distance put extra economic stress on families that were already struggling and in many cases forced the families to be divided among several communities.

Last March we opened an early-childhood stimulation/ pre-school in Las Palmeras with 18 students. By the end of the school year in November, thanks to the innovative teaching strategies implemented by the Alma team (Dayana, our teacher and Andrea, our Coordinator), we found that the students in Las Palmeras had larger academic gains than in any school in the area. Previously illiterate and numerically illiterate students were working at or above their grade level across all courses and showing the base levels of critical and creative thinking. The project was an astounding success, but we did not do it alone!

Global Change for Children provided educational supplies and materials for the children and the teacher in the pre-school project. The Municipality of San Andres threw its support behind the project, gave building supplies for the school, and improved the road into the community. High-level representatives of the Municipality regularly visited the project with our Coordinator and were ready to give a helping hand whenever and wherever needed. The community also went above and beyond what was asked of them. They had to give land, build the school, implement home teaching strategies for parents, and be part of the monitoring and evaluation processes. However, on top of that they built bathrooms, built more furniture for the school and the teacher’s living space, improved the water well and acquired a water tank so the children could wash their hands regularly, built and began lobbying for a health center in the community, painted the school to protect against termites, put down (and then removed due to snakes) flooring in the school, and were as organized and as involved in the project as we’ve ever seen in a community.

In all, the project was so successful that the nuclear director said it was the best school under his responsibility and committed to getting it officially registered in 2017…

And that is exactly what we are doing!

In 2017, Alma is continuing with pre-school and opening full primary school in Las Palmeras and both schools will be fully registered and recognized by the Ministry of Education by the end of the year. In order to do so, however, there is a lot of work to be done!
The community and Municipality once again are responsible for materials and infrastructure. For a school to be legally recognized, there are many physical requirements including classrooms, play areas, bathrooms, teacher housing, etc. Alma is responsible for the other part: curriculum development, implementation, and evaluation. Under the educational reform law, Ley 070, all schools must develop an Annual Bimester Plan (PAB: year-long curriculums per grade), a Curricular Development Plan (PDC: academic lesson plans per grade), an Annual Operation Plan (POA: school budget), and a Socio-productive Project (PSP). Alma is already developing all of these, integrating our core values and innovative teaching strategies in all of them.

One of the most interesting components is the PSP. Because Las Palmeras is a community on the front line of jungle deforestation, we have wanted to delve deep into environmental conservation while maintaining an understanding that in the case of communities like Las Palmeras, families cut down forest in order to build homes and plant their food. It is not capitalism, but survival. Therefore, our PSP this year will be the implementation of an agro-forestry garden system. Students and community members will learn how to manage over 25 varieties of crops, with short, medium, and long-term yields, on one plot of land. The plants work symbiotically to provide nutrients amongst themselves and keep the soil healthy, ensuring the long-term viability of the garden and negating the need to cut down more forest. All course content will be linked with the garden activities to maximize the academic potential for critical thinking, creativity, and harmonious values. On a separate plot of land, we will plant sugarcane and compare the state of the land at the beginning and end of each year.

There are 23 students registered between both schools in 2017, and Alma has hired two teachers, and agronomist, and is helping with school supplies along with the Municipality of San Andres. 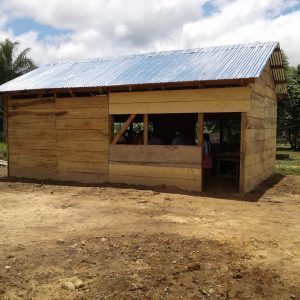