Tikapata is a small, wonderful alternative school in the countryside, 10km. from Urubamba. It was founded two years ago by three sets of parents who were unhappy with the quality of education in the area. One-third of the children, from families of financial means, pay full tuition (about $900/year), one-third pay a reduced rate, and one-third, from families of no financial means, pay nothing.The founders and teachers have crafted a curriculum specific to the particular needs of children in this area. As the name of their school implies, there is an emphasis on environmental studies. The children all have their own gardens, where they learn about crops and flowers and grow their own food.

The teachers are paid more than public school teachers and appear very motivated. There is a student/teacher ratio of ten to one. I spent a day at the school with an American educational expert and did research off site. I spoke with many people about the school and its curriculum. I came to the conclusion that the quality of education is excellent and that a large percentage of the children going to this school may go on to university and may be the change agents that this country so desperately needs.

Currently the school has three beautiful new adobe hut buildings, and they would like to build a fourth to allow for grades nine to twelve. This would bring the student population to 80 and full capacity. They do not want to grow the school beyond 80 students and wish to maintain the 1/3, 1/3, 1/3 metric.Until now Tikapata has raised 100% of the money needed to construct the first three buildings and pay teachers’ salaries and ongoing expenses from the 1/3 of their student body who pay full tuition.

The Tikapata community and our Program Director, David Librado, have created a five-year development plan, the first stage of which is to build the fourth classroom. The total cost of the project is $16,000, of which Alma will be investing $10,000, the balance to be raised by Tikapata. A group of ScotiaMcleod employees and two Alma Directors attended the groundbreaking ceremony (and did some digging!) on November 6, 2010.

The building was completed in February, 2011 and on March 8 the school opened to 15 excited children.

The school is operating well. They are currently self-sustaining.

To see more images and notes on Tikapata see: ecotikapata.blogspot.com/ 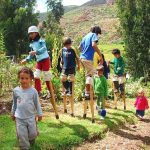 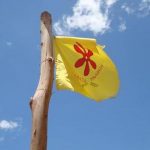 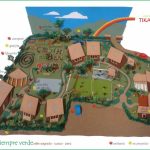